My name is Nico Gravel and I’m a professional bagpiper in the Ottawa region. On this website you will find my bio, as well as sound clips for different events, this way you can hear my style of play and it will likely give you an idea of what tunes you may want for your event or ceremony. But first, let me tell you a bit about myself. 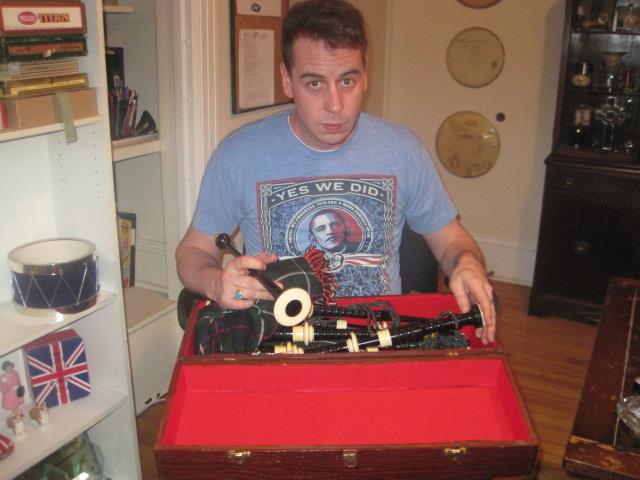 My piping career started at the young age of 13. I was born in Northern Ontario to two loving parents, both of whom were high school teachers. Being the youngest of four boys, I had to find creative ways to keep my parents sanity in check; knowing full well that neither of them would approve of drums in the house, I had to find the next loudest, obnoxious sounding instrument. One of my friends had just started bagpipe lessons and I was sold on the idea.

Although my father was definitely not keen on the idea, being a proud French Canadian, my mother, being of Scottish and Irish decent, was excited I had found a passion and to this day remains my biggest fan.

It didn’t take long to get the hang of it, within six months, I had already surpassed my instructor in skill and had nobody in the region to teach me. After completing my grade 13 (OAC), I moved to Victoria BC where I took lessons with James Troy Jr., whom today is one of the worlds premier piper’s. I lived in Victoria for a year, and then moved to Halifax to take lessons with Bruce Gandy.

I studied music at UPEI, the program was geared towards bagpipers. I only studied one year at UPEI, but in that time I managed to compete at the World Pipe Band Championships in Glasgow, Scotland, placing fourth in our division with The College of Piping Pipe Band, PEI. Unfortunately, my instructor at the time Scott MacAullay, passed away from cancer soon after our return from the UK, which in turn ended my time at UPEI.

As far as solo piping, my goal is to eventually win the solo world championships as a piper, held yearly in Scotland. To this day I am still taking lessons from Bruce Gandy, Halifax, and John Cairns, London via Skype.